WBAI has been promoting R&D activities toward the realization of artificial general intelligence (AGI) by 2030, learning from the architecture of the entire brain.  Our activities have been supported by the supporting members, advisors, supporters, SIG-WBA, and other parties.

While AGI is widely recognized as the coming form of AI, we presented our basic ideas to follow and have propagated them in occasions such as the Gatsby-Kakenhi Joint Workshop on AI and Neuroscience.  We advanced the development of open development platforms in two fronts.  First, the BriCA language (Fig. 1) was used in the Hippocampus Hackathon held in last September.  Second, we formalized the microcircuits of the neocortex in view of machine learning implementation [1].  The research and development of WBA through academic projects also saw expansion such as a result in equivalence structure extraction aiming for a partial solution for the frame problem [2].

In the meantime, WBA was introduced in a working paper from the Global Catastrophic Risk Institute [3].

As the race for AGI R&D has been intensified, it is important to prepare platforms on which engineers can work to democratize technology.  Recently, we have started working on the WBA Development Roadmap, which could serve as a map for developing brain-inspired AI while deepening the understanding of the brain in enjoyable collaboration.  In the kick-off camp in December, we started mapping between abilities necessary for AGI and brain organs (Fig. 2). 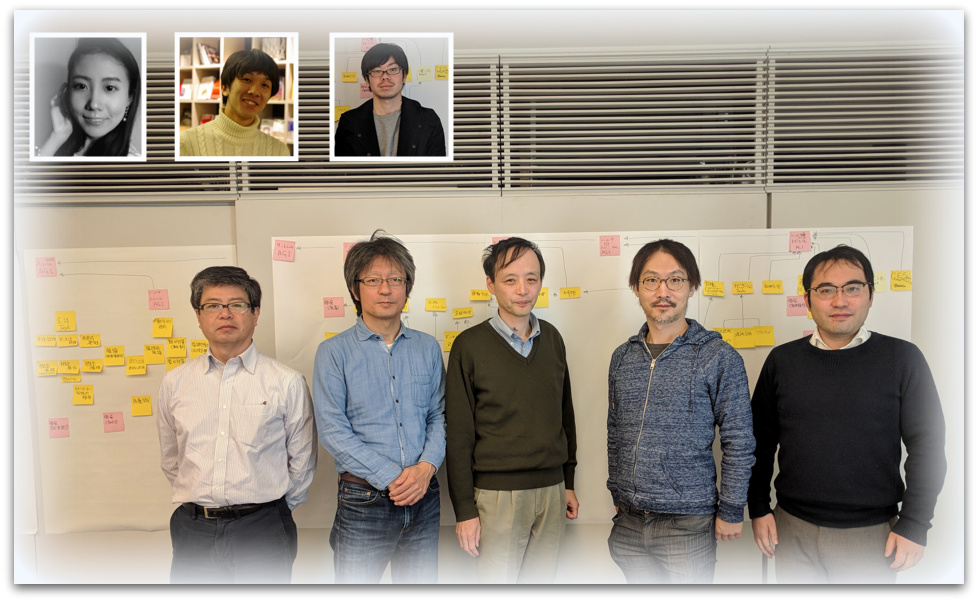 In 2018, we would like to continue delivering our basic ideas with the roadmap to promote collaboration toward AGI construction via the WBA approach.  As a move of this endeavor, we start collaboration with Project AGI based in Australia with the relation formalized last November.

As AI development progresses, its application expands and its impact on the society increases.  Meanwhile, we would like to keep moving toward a world in which AI exists in harmony with humanity in a long-term perspective with you all as an NPO.

We appreciate in advance your further and wider supports for this year!

In the following, our major activities around the construction of Beneficial AGI in 2017 are explained.

Last year, WBAI proposed the vision ‘to create a world in which AI exists in harmony with humanity’ by promoting the open R&D of AGI while learning adequately from the brain and announced our basic ideas.  We propagated the ideas in the second WBA symposium featuring “Beneficial AGI” (held in Japanese, Fig. 3), the chairperson’s presentation at the Gatsby-Kakenhi Joint Workshop on AI and Neuroscience, and the article of the interview with our chairperson by Future of Life Institute.  As a result, WBAI was mentioned in a working paper from the Global Catastrophic Risk Institute as a non-profit organization engaging on safety among forty-five AGI R&D projects in the world, which is a unique position in the oriental countries [3].  Domestically, we became a partner of the international symposium on AI and Society held in Tokyo last summer.   In 2018, the chairperson and a vice chairperson of WBAI will organize the ‘new ecosystem woven with humans and AI’ session at the annual convention of the Japanese Society for AI.  Thus, we would like to make WBAI to lead AGI development in the direction to benefit further for humanity.  In order that AGI will be universally shared with and beneficial to the people, it is essential to create the situation where a diversity of organizations will develop and popularize AGI, and we believe WBAI will play a part of it as an NPO.