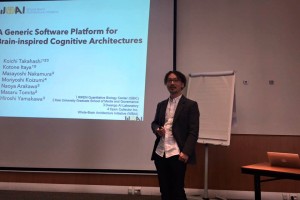 In the conference, Takahashi presented a paper on the development of BriCA and Omori on the model of others important for social interaction.  The former article can be accessed here: A Generic Software Platform for Brain-Inspired Cognitive Computing

The conference also hosted the WBA session, chaired by Dr. Tarek Besold, who will host the Human-level AI conference in New York in 2016.  Yamakawa and Takahashi gave the overview of WBA and Itoh presented the result of the hackathon.  In the panel discussion chaired by  Dr. Antonio Chella, we proposed international collaboration for open development of AGI, which could be a key technology for the future of humanity. 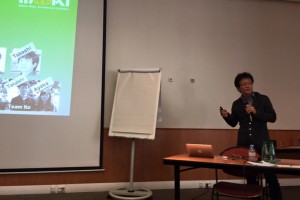 While the conference was an opportunity for the international debut for WBAI, WBA seemed generally accepted favorably.  WBAI was a Gold Sponsor of BICA 2015.